Brexit - what could it mean for UK investors? 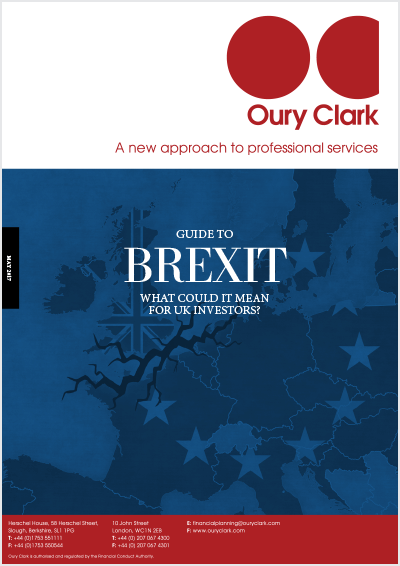 Brexit has created an air of uncertainty, and no one really knows what’s coming next or what it could all mean in the long term. On 29 March, Prime Minister Theresa May triggered Article 50 of the Lisbon Treaty in a letter to EU Council President Donald Tusk, starting two years of divorce proceedings.

Referendum on the UK’s membership of the EU

The Brexit process started on 20 February 2016 when then Prime Minister David Cameron called a referendum on the UK’s membership of the EU. The news saw a decline in the value of sterling, although stock markets experienced a more muted reaction. External events, such as worries over China’s economy, were also affecting markets in early 2016. A similar pattern was repeated on 24 June 2016, the morning after the referendum, when it was confirmed that the Leave campaign had won the day. Again, sterling moved lower but stock markets were less affected than many had anticipated. In part, the resilience of the UK stock market was due to investor appetite for international stocks with foreign – particularly US dollar – earnings.

What could Brexit mean for UK investors?

The implications of Brexit and its impact on markets is a significant investment planning challenge over the coming years for all investors. Brexit is overshadowing all other investment planning issues and highlighting the need for solutions which can provide
protection and the possibility of strong returns. So the road to Brexit has reached another milestone, but what could it mean for UK investors? Planning the future of our finances is never easy, and the slow but ongoing global recovery combined with the unknown from Brexit
makes this even more challenging. The Brexit referendum in June last year was widely expected to have an immediate negative effect. The Bank of England cut interest rates in half to protect the economy – but events did not unfold as predicted.