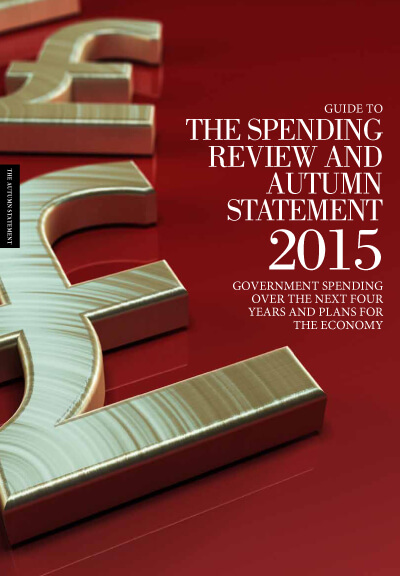 On Wednesday 25 November 2015, Chancellor George Osborne presented his Spending Review which set out what government spending will be over the next four years, while the Autumn Statement updated his plans for the economy.

Compared to the summer Budget 2015, the Office for Budget Responsibility now forecasts higher tax receipts and lower debt interest, with a £27 billion improvement in the public finances.

In the main, this Autumn Statement was reasonably positive for pensioners, but not good news for landlords and second home owners.

There were no changes announced to Income Tax or National Insurance.

The proposed plan to cut tax credits will not go ahead, but it will eventually be phased out with the introduction of Universal Credit.

The Chancellor also announced there would be an additional 3% surcharge payable on usual rates of stamp duty for landlords and second home owners from 6 April 2016. This is estimated to raise £1bn by 2021 and will go towards house building in priced-out areas.

In addition, from 2019, landlords and buyers of second homes will have to pay Capital Gains Tax within 30 days as part of a digitisation programme of HM Revenue & Customs’ tax collection services.