What will I receive from the state in my retirement? 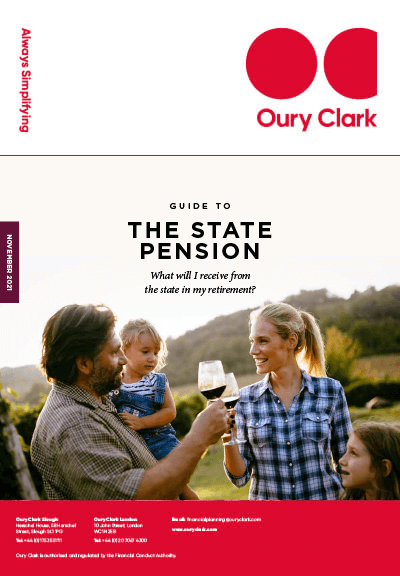 Thee State Pension is a vital source of income for millions of retired people across Britain. However, the system can be complex and it’s important that you know how it works. If you’re looking to maximise your income in retirement, a good place to start is with your State Pension.

If you’re not receiving the full amount or are not on track for it, then it’s worth considering topping up. The cost of doing this is effectively subsidised by the government, which means it can be very good value for money. The amount of State Pension you get is based on your record of National Insurance Contributions (NICs). If you haven’t made su!cient contributions then you will not receive a full State Pension. But you may be able to pay voluntary contributions to boost the amount you receive, even if you’ve already retired.

What are the basic rules?

If you were born later, you’ll need to claim the New State Pension instead.

You’ll usually need at least ten qualifying years on your National Insurance record to receive any State Pension, but they do not have to be ten consecutive years to qualify.

The minimum of ten years National Insurance contributions only applies under the New State Pension but not the old which would be on a proportionate basis.