Oury Clark holds an annual event in memory of one of our partners who sadly passed away in 2015, Toby Smith. 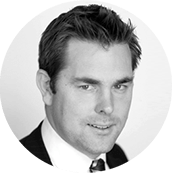 It's hard to explain what a deep and profound impact the loss of Toby has had on this firm.

He was such an exceptional person, with incredibly positivity and love of people. He changed and effected so many people for the better in this firm. His gift wasn’t just that he was so positive as a person, it was the fact that he made others so positive. It is unsurprising therefore how he became so close to so many in the firm, not to mention he was the Son of the one of the Senior Partners and husband of another Partner who trained in the firm with him.

As you can imagine, in family business such as ours, his loss had a huge impact on the collective consciousness of the firm and it has taken some time for us to gather ourselves up and find a way we can honour him.

What became clear was a deep wish to keep his spirit in the firm alive.
Hence The Toby Smith Awards were established.
The Inaugural Event was held on the 24th August 2017 at the Queens Eyot in Bray.

This event was a celebration of Toby’s life and as part of this, the company decided to create an award for a member of staff who best represented Toby’s Values – his integrity, positivity, and incredible spirit of comradery and hard work.

Nominations were made by each and every staff member and everyone within the firm was eligible to be nominated.

The Award Event was held on a beautiful evening at a location on the River Thames, a main part of the event was dragon boat racing with 2 rival teams ‘Team Oury’ vs ‘Team Smith’ in a best of 3 competition, with Team Oury being the victors this year but a title that will surely be hotly contended for in the future ! Much as it was felt the Smith Team should win, Toby had an excellent sense of humour and one just wonders if he tipped the balance the other way just to irritate his dad….
An Oury Clark bake off and egg and spoon races were all part of the fun.

The culmination of the evening were the Awards themselves – not only the Toby Smith Award, a number of different awards were bestowed upon staff members for various accolades (from ‘best dressed’ to ‘most on time’– the list goes on).

The Toby Smith Award itself was shortlisted to 11 members of Oury Clark and was very deservedly won by Paul Pleace. Paul Pleace has been with the firm since 1974 and is instrumental to the training offered to all our trainee chartered accountants at Oury Clark and is always available to help and support all staff. He is incredibly kind and patient and loved by everyone at the firm.
Drinks and dancing finished off a wonderful celebration.

The 2nd Toby Awards event took place on the 16th August 2018. A wonderful evening enjoyed by all, which this year included a cocktail making competition, Bake Off, egg and spoon and space hopper races, a spectacular fireworks display and of course the ‘Grudge-Match’ – the Oury vs Smith Dragon Boat races. This year being a winning year for the Smith team – bringing the tally to one win a piece.

The awards ceremony took place and the Toby Smith Award for the member of staff who most represented Toby’s values was this year awarded to Tina Rudd for her kindness, helpfulness, commitment and dedication to Oury Clark

Once again held at the beautiful Queens Eyot Island we were fortunate to have another gloriously sunny Toby Awards event on the 1st August 2019.

The theme this year was the letter ‘T’ and ‘T’ themed fancy dress was the order of the day.  Once again we had team dragon boat racing and this year the 2 teams were named ‘Oury There Yet ‘ and The Doggy Paddlers’ – the champions for 2019 were ‘Oury There Yet’ in a close fought battle as always .

Gin bar, Jazz Band, great food and great company – the friendly competition continued with a team obstacle course (Oury Clark Themed) and the FSA Department were the victors (due to some dubious tactics involving the second placed department – naming no names!!)

The pinnacle of the event the ‘Toby Smith Award’ this year was deservedly won by Bronwyn Hoyle from Oury Clark Solicitors who definitely managed to “keep calm and carry on” during the previous year’s mammoth renovation/building project at the London Office.

We were very disappointed that we could not hold our annual Toby Awards Event in the summer this year with its’ usual team sports and competitions. But it takes more than Coronavirus to stop Oury Clark holding this much loved occasion!

Therefore, this year they were held as a Virtual Event, a Webinar attended by all staff members and fantastically hosted by a number of partners from the firm. Lots of fun and games took place and staff were encouraged to join in the fun – fancy dress and “bubbles” provided to all.

This year the Toby Award was very deservedly won by David Koch (Network Administrator Extraordinaire)  for his outstanding communication skills and always going above and beyond and nothing is too much trouble for him.

As well as having lots of fun we also managed to raise money for a charity very close to our hearts – The Royal Marsden Cancer Charity – A whopping £6,500. 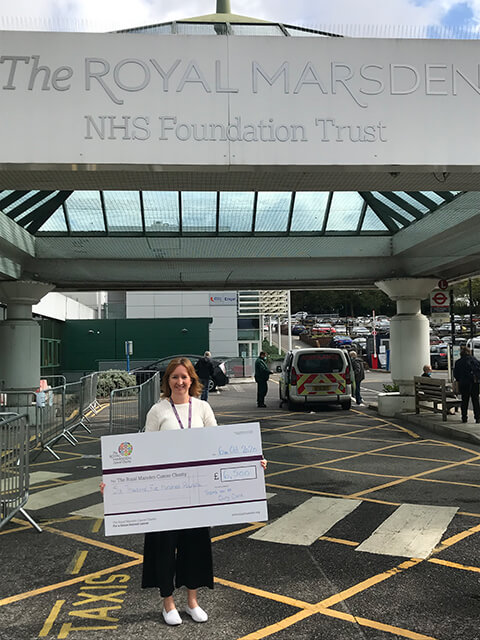 We were extremely happy to be able to have the Toby Awards back ‘in person’ this year.

Held on the 3rd September at the incredible Rackleys venue (https://rackleys.co.uk/) in the Chiltern Hills, we were once again blessed with fine weather which contributed to an amazing party which this year included a Sumo competition, fancy dress and the obligatory egg and spoon race.

The awards ceremony included such worthy accolades as ‘Beyond the call of duty award’, ‘Epic comeback in a meeting award’ and ‘unsung Hero award’.

The Toby Smith Award for the member of staff who most represented Toby’s values was this year awarded very deservedly to Sharon Taylor. 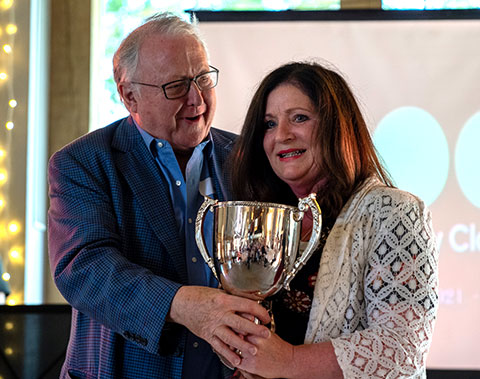