The future of EU Nationals in a post-Brexit United Kingdom.

Sometimes It feels like EU nationals would be better to revert to a card game that originated in the mid-15th century (and somewhat ironically, was played in French parlours and across Europe) in order to get a sense of their place in the UK in a post-Brexit world. Oury and Clark discuss the current position and rights of EU nationals under both a deal and no deal scenario.

Clark, what are you doing with those cards on your desk?

What these? Oh, they’re my tarot cards. I found them in a junk shop on the weekend…well actually they found me.

Are you going to start doing a side line in tarot readings at festivals, like in a tent with a scarf on your head, a crystal ball and a tepee full of incense fumes.

Ah that’s a bit of a cliché isn’t it….but no, I’m going to put them to much better use, I’m going to use them to help all of those 3.7 million EU nationals work out whether they will be allowed to stay in the UK if there is a no deal Brexit.

Well it sounds like you are going to just do a tarot reading dressed as a business person, rather than “Mystic Tess”…but that sounds like a very worthwhile pursuit. I feel so much for the EU nationals living in the UK and the Brits living in the EU, as they’re innocent victims of the whole Brexit malarkey, and despite assurances that they wouldn’t be used as pawns in this high-stakes game, that’s exactly what they are being used as.

Well I wouldn’t feel too sorry for them, as some Brits based abroad actually voted for Brexit...too much Sangria and Sunshine in Spain, went to their heads, they must’ve mixed up the yes and no answer!

That’s true, but seriously, how are you going to use your tarot cards to help here? And what is the current state of play for EU nationals in the UK?

It’s a really good question Oury, as it is slightly confusing and of course it’s different under a deal and a no-deal scenario.

Good, that will help me understand as I’m going to the pub later with a bunch of Irish mates and I’ll be able to share my newly garnered knowledge with them.

Ah, but what I’m about to tell you doesn’t apply to Irish citizens. Even though they are EU nationals they are not subject to the same rules as other EU nationals because the UK and Ireland are part of the Common Travel Area. The right to live, work and access public services in the Common Travel Area are protected, regardless of the outcome of the Brexit negotiations.

That’s good to know. What about people from Switzerland, Norway, Iceland and Liechtenstein? 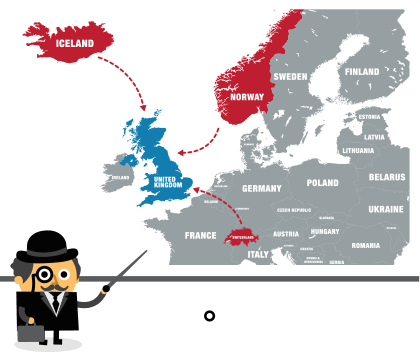 Thanks Clark. This is a really important topic to understand as there seems to be a lot of confusion.

It is absolutely. As far as EU nationals go the key is whether the EU national is in the UK before 30 March 2019. If so, then irrespective of whether there is a deal or no deal, they will be able to remain in the UK and will need to apply for what is known as the EU Settlement Scheme.

How do they apply for this EU Settlement Scheme?

Well at the moment, there is a pilot project that you can participate in but only if you have access to an android phone that has near field communication enabled and have a valid biometric passport, a home address, a NI number and £65. The EU Settlement Scheme will be fully operational from 30 March 2019 onwards and EU nationals will have until 30 June 2021 or 31 December 2020 to apply dependent on whether there is a deal or no deal.

So, what if there is a deal, can EU nationals still come to the UK to live and work?

If there is a deal, there will be a transition period that will run until 31 December 2020, and so long as an EU national exercises their rights of residence before the end of the transition period, they will also be able to apply to stay in the UK under the EU Settlement Scheme.

Do they get exactly the same rights as an EU national who has been in the UK for 20 years?

You should also be aware, that if there is a deal, these EU nationals will have until 30 June 2021 to apply for either settled or pre-settled status under the EU Settlement Scheme.

I take it an EU national that is applying under the EU Settlement Scheme can also bring family members with them.

They can indeed bring close family members at any time in the future if the relationship with the EU national existed before the end of the transition period, which is currently 30 June 2021.

And how do things look like they will play out if we’re in a no-deal scenario?

There is now some clarity on this for EU nationals. If they were in the UK before 30 March 2019, even if there is a no deal, they will still be able to apply for either settled or pre-settled status under the EU Settlement Scheme. They however will only have until 31 December 2020 to apply for this status and not 30 June 2021.

And what about family members?

The situation for family members is different in a no deal scenario because they will only be able to apply for settled or pre-settled status if they are already in the UK before 30 March 2019.

But what if family members were not in the UK before 30 March 2019?

They will not be able to apply under the EU Settlement Scheme and will be subject to the same rules as EU nationals who arrive in the UK after 29 March 2019.

So, what happens for EU nationals arriving after 29 March 2019?

Well, as freedom of movement effectively ends at midnight on 29 March 2019, if an EU national wishes to come to the UK and they want to stay for longer than 3 months, then they will need to apply for European Temporary Leave to Remain Status. This will enable them to stay in the UK for a further 36 months to work and study, but unfortunately, there will be no ability to extend this visa. At or before the end of this time, EU nationals will have to apply under whatever new immigration system will be in place…

And what do you think that will look like?

I’d really need to get the cards out to tell you as frankly no one knows, and I don’t think the government knows either. At the moment the government is fixated on this minimum salary of £30,000 per annum, but that’s just not realistic for low skilled labour. I mean this country is so reliant on EU nationals for both skilled and unskilled work that it’s incomprehensible to understand how the government expects businesses to get the labour it so needs, particularly if they remain fixated on this crazy notion of an immigration cap – I mean in the NHS alone there are about 42,000 vacant nursing posts and about 10,000 vacant doctors posts….and that’s just the NHS. 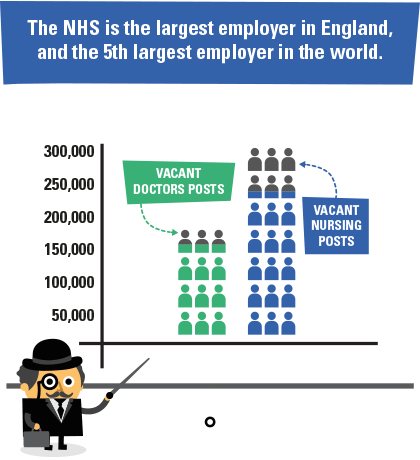 The job market’s going to be super competitive isn’t it…oh, and as a matter of interest, do employers have to do anything with regards to checking the status of EU national as how will they know if an EU national has arrived before or after Brexit?

Ah yes, good question. There is no obligation on employers when carrying out right to work checks to distinguish between EU nationals who have arrived before or after B-Day. All that an employer is required to do is take a copy (and sign and date that copy) of either the EEA passport or an EU identity card.

Well at least the government’s made that simple then!

And of course, this is how things are today, but it could all change again, if there is any delay to Brexit or if there is any re-negotiation on the withdrawal agreement….. it’s anyone’s guess as to how this will play out.

Maybe I could consult the tarot cards and see what they say….

Well if you were reading for May, Johnson, Rees-Moggy, Corbyn or any of them, I reckon there’d be at least a reversed Justice card and an upright 5 of swords appear in the reading…

Why, what would those cards mean?

Well a reversed Justice signifies lack of accountability and dishonesty, and an upright 5 of swords signifies conflict and winning at all costs…

Wow, maybe I really should call you Cykick Clark all the time…

Well the card we all really want is an upright ace of swords which signifies breakthrough, new ideas, mental clarity and success…

We are but two fictitious characters throwing out ideas and comment to stimulate debate and collect information. As professional service firms, we are open minded people and think independent thought and debate is essential to help understand, as well as navigate, complex problems. By joves – doing business across Europe (and the world) is set to become a whole lot more complex in light of recent seismic political events. As businesses - we provide information and hopefully some wisdom - and we see this blog and its caricatures merely as a much more fun, perhaps slightly controversial way, of stimulating debate and collecting ideas. We’re searching for some true pearls of wisdom, and as we find them, we’ll share them with you.

How getting up to speed with them can open up a whole world of possibility when it comes to attracting talent to your business.

Trusts - Ironically something that is not that trusted by the public.

In reality a concept that no one understands very well. Some of us have them. Some of us don’t even know we have one. But whatever the situation, you now need to declare them on a new Trust Register. Oury and Clark are on the case to unriddle. What is a Trust, and why this new Trust register is something you need to be aware of.

To pay PPT or not to pay PPT? That is the question that Oury and Clark are grappling with at the moment.

If your business is affected by issues raised in this blog post and you're looking for advice, please get in touch.